Turkey is the biggest jailer of journalists worldwide. Over 150 journalists are currently held in Turkish prisons.

On 14 February 2017, Deniz Yücel, Turkey correspondent for the German newspaper Die Welt, was arrested on charges of “propagandizing for a [terrorist] organization” and “provoking the people to hatred and animosity” — simply for doing his job. Thanks to widespread coverage of Yücel’s case in the German media, Mauerpark visitors were highly receptive to our requests to sign postcards demanding freedom for four other journalists and writers: Aslı Erdoğan, Ahmet Şık, Kadri Gürsel, and Ahmet Altan. 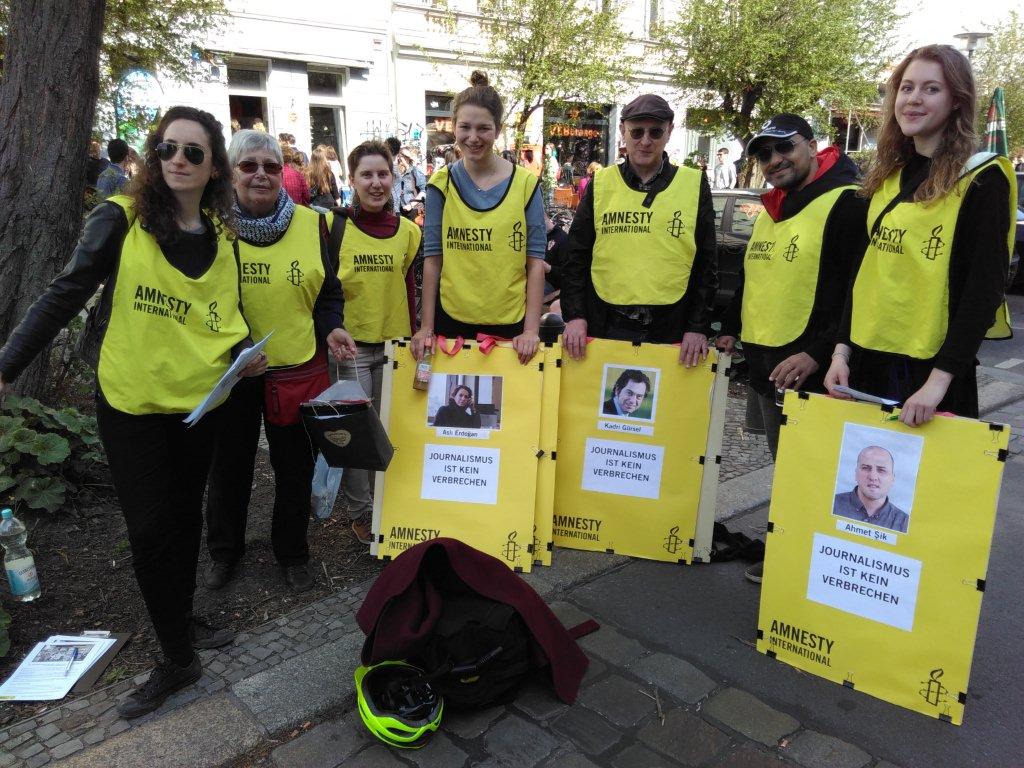 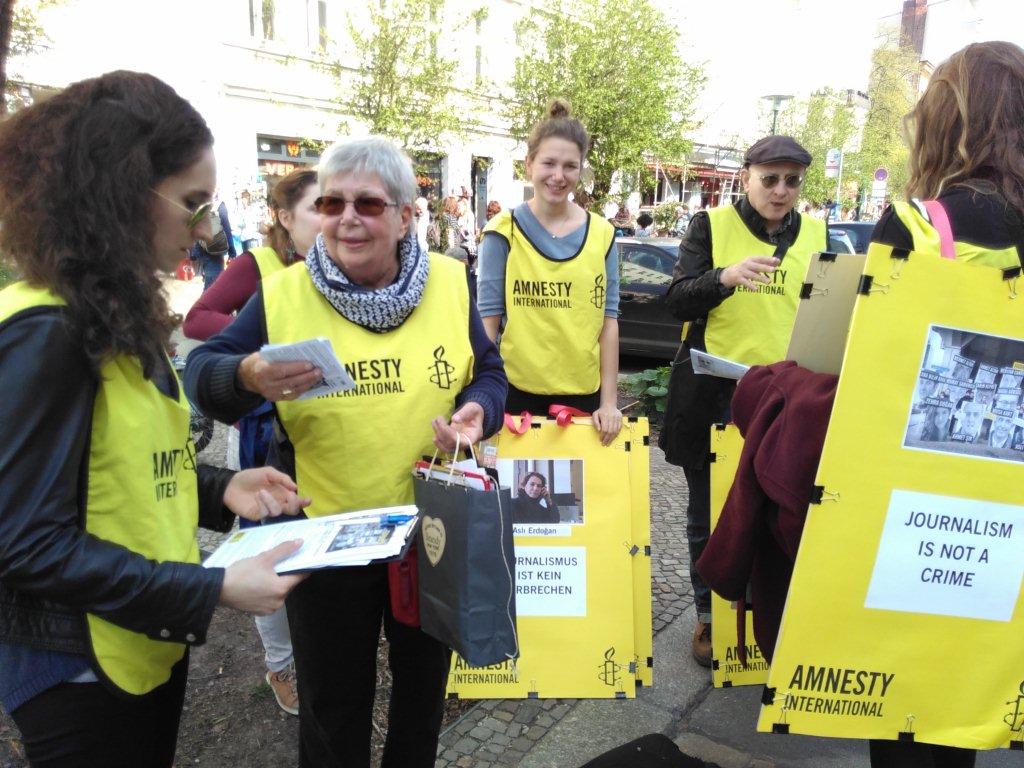 The great surprise of the day came at the end of our 2-hour shift, when group member Mohammed told us somebody wanted to meet us. We were delighted and honoured to make the acquantained of Ahmed Said, an Egyptian activist and surgeon who had been imprisoned in Cairo for a year for allegedly taking part in a protest. Amnesty had campaigned for his release.

Campaigning for Media Freedom in Turkey … and a Wonderful Surprise
(https://amnesty-berlin-english.de/?p=569)